(born: July 4, 2000 [age 22]), or better known online as Sydney Serena, is an American YouTube personality with a very bubbly personality who frequently posts lifestyle and beauty related videos. She had started her YouTube channel in 2014, and would post videos here and there, but didn’t fully take off until April of 2017, where she had a sudden skyrocket in views, subscribers, and popularity.
She also has a second channel named Sydney Serena Vlogs. 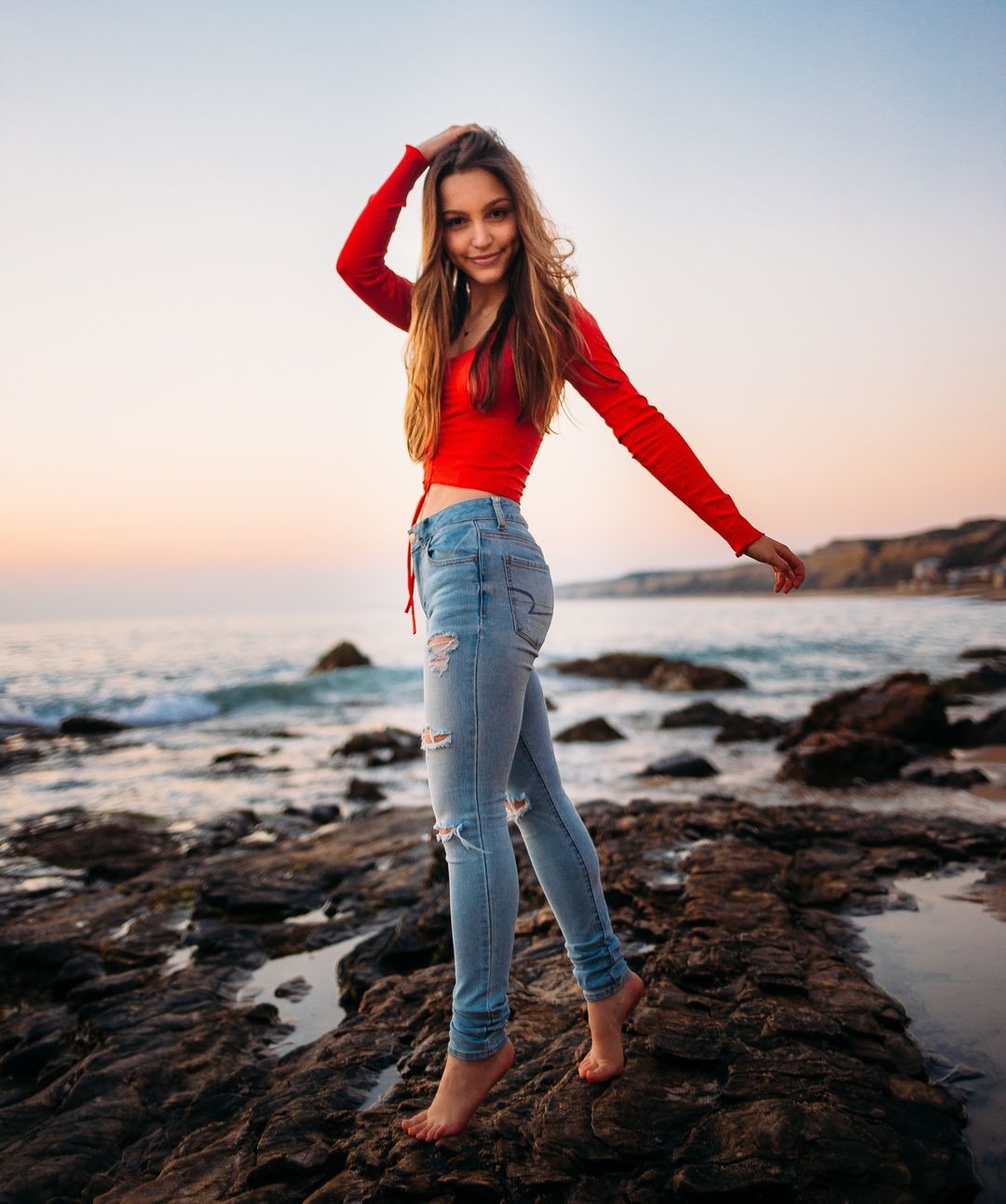 (born: July 4, 2000 [age 22]), or better known online as Sydney Serena, is an American YouTube personality with a very bubbly personality who frequently posts lifestyle and beauty related videos. She had started her YouTube channel in 2014, and would post videos here and there, but didn’t fully take off until April of 2017, where she had a sudden skyrocket in views, subscribers, and popularity.
She also has a second channel named Sydney Serena Vlogs.

Personal life
Sydney was born and raised in Minnesota, along with her older brother, Ryan, and her younger brother, Ashton, who appears in a number of her videos.

Her parents signed her up for gymnastics when she was 3 years old, and kept doing gymnastics until middle school, due to frequent injuries. After a diagnostic from the doctor, their doctor just said her body wasn’t fit for the sport, essentially forcing her to quit gymnastics to prevent any further injuries, leaving her devastated.

Upset that she couldn’t do gymnastics anymore, she decided to start acting, and tried out for one of her school’s plays, The Little Mermaid, and was casted as Flounder. However, the more she started acting in plays, she noticed her throat would hurt when she sang. She brushed this off as a sore throat at first, but realized it was getting worse as time went by. Her parents decided to take her back to the doctor to see why this was occurring. She ended up getting diagnosed with vocal cord dysfunction, a pathology that makes it harder to inhale and exhale, as well as a more difficult time speaking. This forced her to quit acting in plays.

Not knowing what to do at this point, she began watching tons of YouTube videos, mostly beauty guru channels. She was especially a fan of Bethany Mota and Amanda Steele (MakeupbyMandy24). Inspired by this, she decided to start her own YouTube channel, teaching herself how to edit and feeling comfortable within the YouTube community.

She attended public school from Kindergarten to 10th grade, but switched to online school junior year due to her disliking of the whole popularity concept among her high school, to which she didn’t feel like she belonged there. After leaving public school, her old group of friends from school cut all contact with her and excluded her from all their activities. However, instead of letting her loss of friends bring her down, she took all that negative energy and focused on making YouTube videos, something she claims makes her happy, transforming all that negative energy into positive energy. However, two of her friends stayed loyal to her throughout this whole ordeal, them being Rachel Kiner and April Linn, two very close friends of hers.

YouTube Channel
Her videos mostly consist of makeup and hair tutorials, lifestyle videos, and DIYs. A popular series of hers was copying Instagram pictures of fellow YouTube stars, such as Maddie and Mackenzie Ziegler, Annie LeBlanc, and Vanessa Merrell. She also made another one where her fans would submit Instagram pictures and she would try to copy them.

Her most popular video is “Pranks to Pull on Your TEACHERS!!”, which has over 14 million views and counting.

She is also very good friends with Sasha Morga, a fellow YouTube personality with over 1 million subscribers. She has posted numerous videos on her main and vlog channel with Sasha.

Second Channel
Sydney Serena Vlogs is her second and vlogging channel. She created her vlog channel the same day she created her main channel, but didn’t start uploading on it until 2015, a year after she started actively posting YouTube videos. On this channel, she posts vlogs of certain events in her life, such as Playlist Live, activities with friends, Vlogmas during the holiday season, and more recently, going undercover as a fan account (or hate account) on Instagram.

Trivia
She was born on July 4, 2000, the last Independence Day of the 20th century and the 2nd millennium.